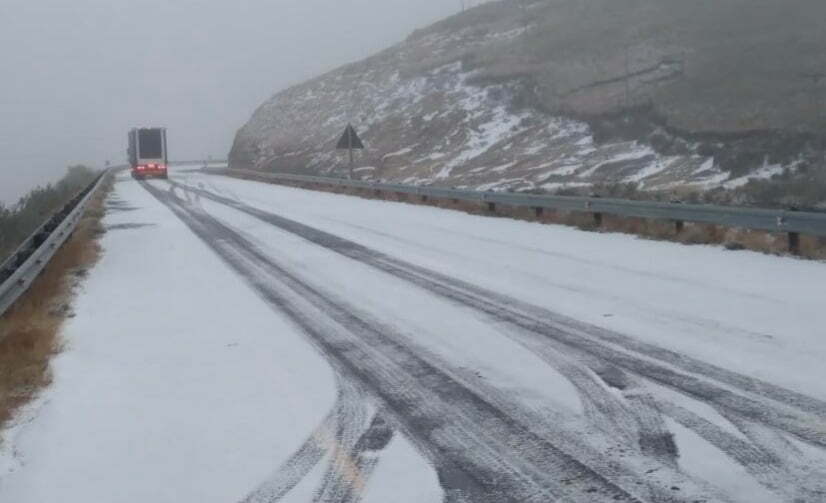 There has been a serious accident involving at least three trucks at the Penhoek pass along the N6 following heavy snow fall.

According to a trucker at the scene, one truck jackknifed then the other trucks failed to stop in time and collided into it.

A video circulating on social media shows at least three trucks involved in the crash which happened on Thursday morning.

The road is blanketed by snow making it dangerous for vehicles to manoeuvre.

Penhoek Pass, is a mountain pass situated in the Stormberg Mountains of the Eastern Cape province of South Africa. It lies about 60 km north of Queenstown on the national road N6 to Jamestown and Aliwal North.

The condition of those involved in the accident is not known at the moment.

At least 5 roads have been closed due to heavy snow and slippery conditions across the EC.

– R56 between Molteno and Steenburg.

– N6 at Penhoek Pass between Jamestown and Komani. Also a truck accident reported at the pass earlier.

– N9 at Lootsberg Pass between Graaff Reinet and Middleburg.

– R58 at Barkley Pass between Khowa( Elliot) and Barkley East is being monitored and closure is imminent.

If the proposed Road Accident Benefits Scheme Bill sails through, drunk and…
A man was killed this morning when a truck and car collided…

Durban – A man was seriously injured after the truck he was…