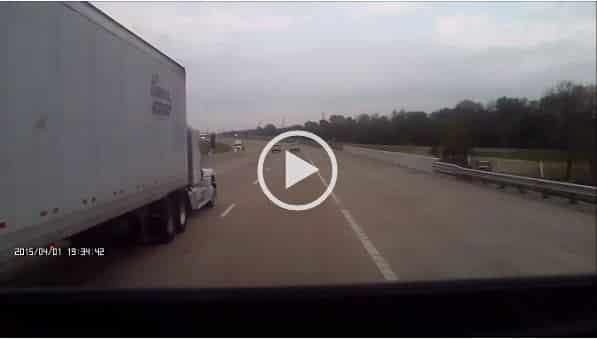 Raw footage captured from a truck dashcam shows a three vehicle collision which happened in the US.

How it happened, the video shows but cannot explain it. How could the man do that? For what? Suicide?

Police were quoted as saying it could be the driver was drunk and possibly tried to take his own life.

The results were a major traffic hindrance and attention from many people.