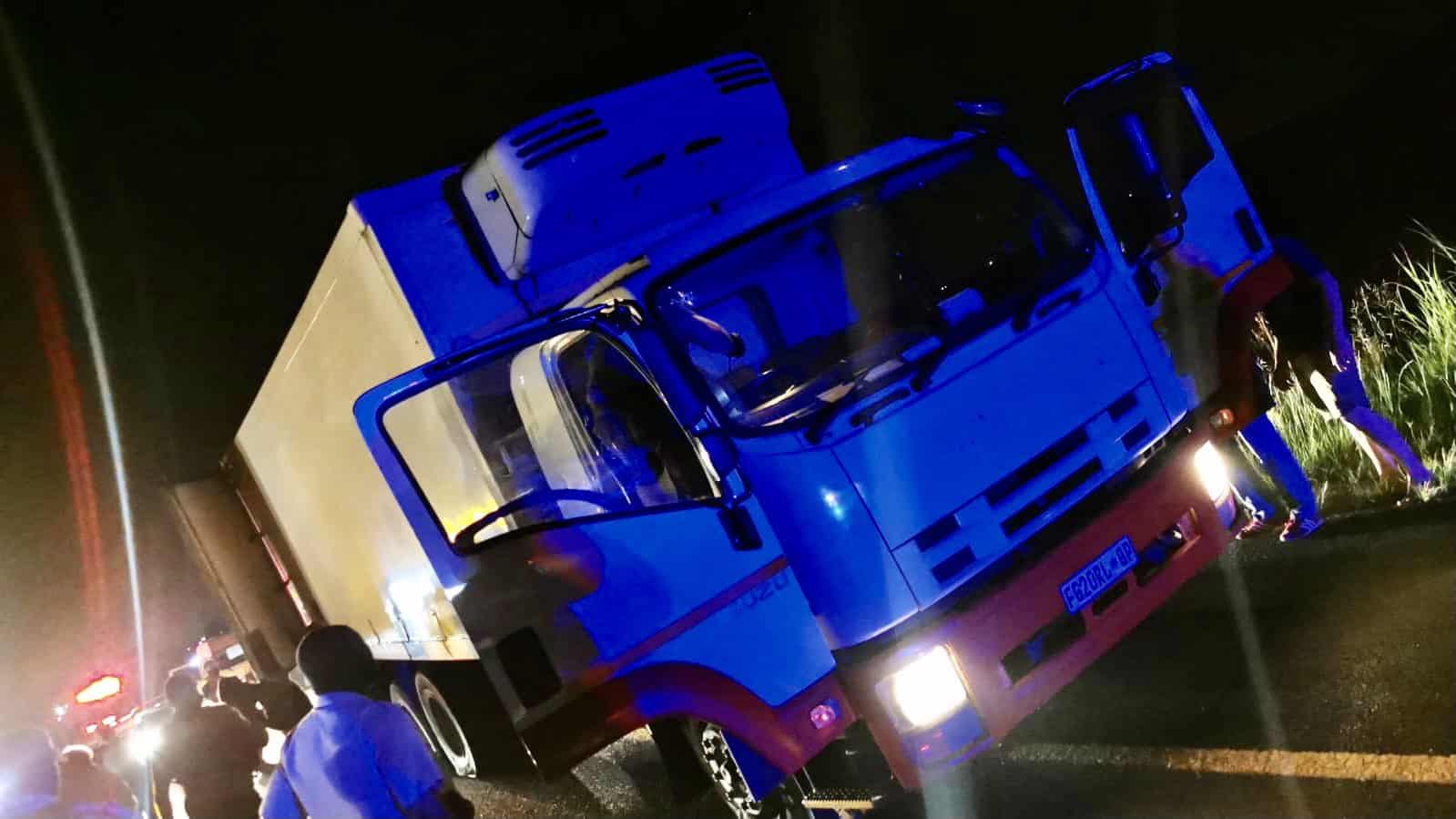 A daring truck hijacker was arrested after he drove on the wrong side of the N12 freeway in a bid to evade arrest.

Videos of the truck driving at high speed on the opposite carriageway have since flooded the internet.

According to the information available at this stage, the truck was loaded with fruits and vegetables. It was hijacked in Edenvale area and sped off towards Delmas.

Police chased after the hijacked truck and had to shoot its front wheels to immobilise it.

One person was arrested and detained.

MAN DRIVES TRUCK INTO ONCOMING TRAFFIC FOR MANY KM'S FROM EDENVALE ON THE WRONG SIDE OF N12 MOTORWAY & THEN HE HIT BENONI ☠… BIG MISTAKE😂. SHOOTOUT. PERP ARRESTED. TRUCK WAS HIJACKED. CARGO – FRUIT & VEG. pic.twitter.com/rDWgAv7Fk0

Sipho Ntuli, whose truck was involved in the horrific Jozini accident in…