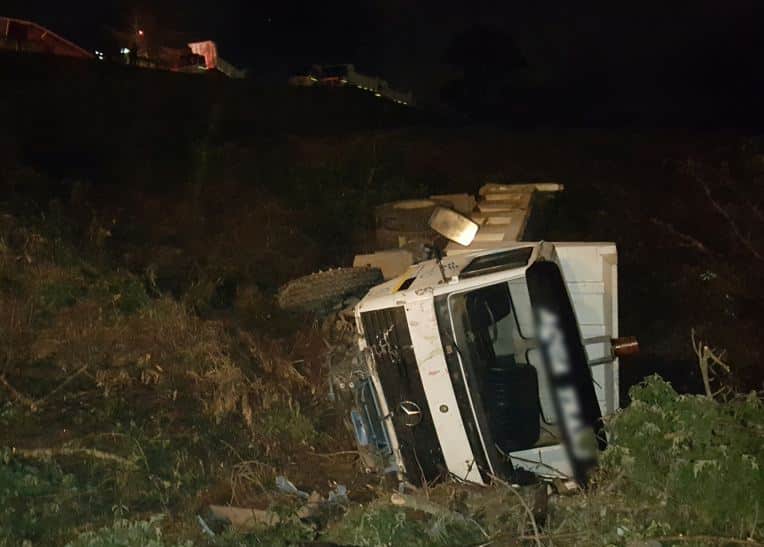 1 Entrapped and another injured in truck rollover in Pinetown

Two people have been injured after a truck they were travelling in lost control and rolled several times down an embankment in Lemans Road in Westmead Industrial area in Pinetown at around 21h30 last night.

Rescue Care Paramedics and Ethekwini Fire Department arrived on the scene to find one of the patients was entrapped in the cab of the truck with moderate injuries whilst the other patient was lucky to have escaped the carnage and was ambulant on scene after sustaining minor injuries. The truck rolled several times down a steep embankment making extrication a difficult task. After extrication the patient was stabilised by Rescue Care Advanced Life Support Paramedic who was then assisted by Rescue Tech and Fire Department to get the patient to the top of the embankment. The two men were then transported by Rescue Care to a nearby facility for the further care that they required.

At this stage it is unclear what caused the single vehicle to roll however the necessary authorities were on scene and will be investigating further.

Question: I was driving on the N2 Pongola-Durban Highway in clear daylight…