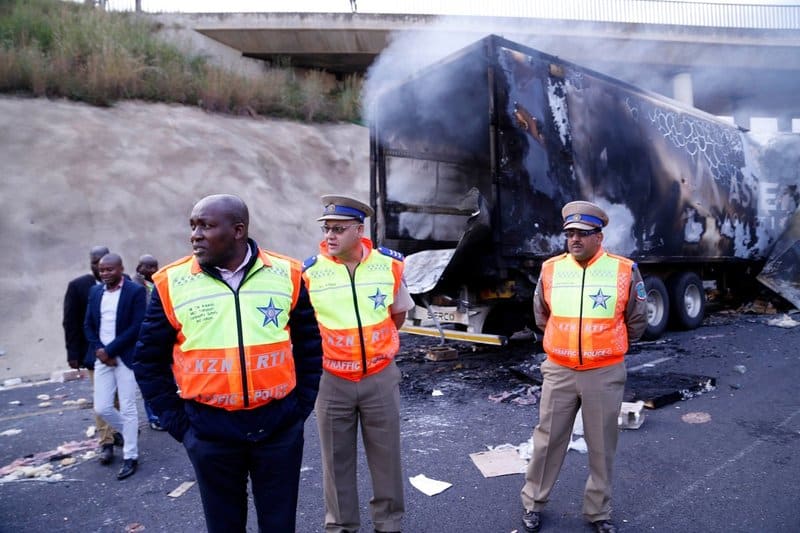 KZN to tackle illegal employment of immigrants in trucking industry

Durban – The KwaZulu-Natal provincial government says it is looking at ways to tackle the illegal employment of immigrants in the trucking industry.

Yesterday, Premier Willies Mchunu met with truck operators who had been affected by the violent protest action at the Mooi River Toll Plaza on Sunday night.

A mob, angry that foreigners are being hired as drivers at their expense, torched 23 trucks – leaving a damage bill of more than R200-million.

The Premier says, after discussions with people on the ground and the departments of Labour and Home Affairs, his office has come to a conclusion that there is an issue.

“We have confirmed with the trucking industry that there are some companies that seem to be wrongfully employing drivers from foreign countries. The Department of Labour and the Bargaining Council are addressing this situation,” he said.

Mchunu continued to say officials are looking for a joint approach to addressing the situation.

Eight people arrested in connection with the violent protest appeared in the Mooi River Magistrate’s Court on Wednesday.

The suspects face charges of theft. They are being kept in custody until their next court appearance next week.

Charges against 48 other people have been dropped due to insufficient evidence.