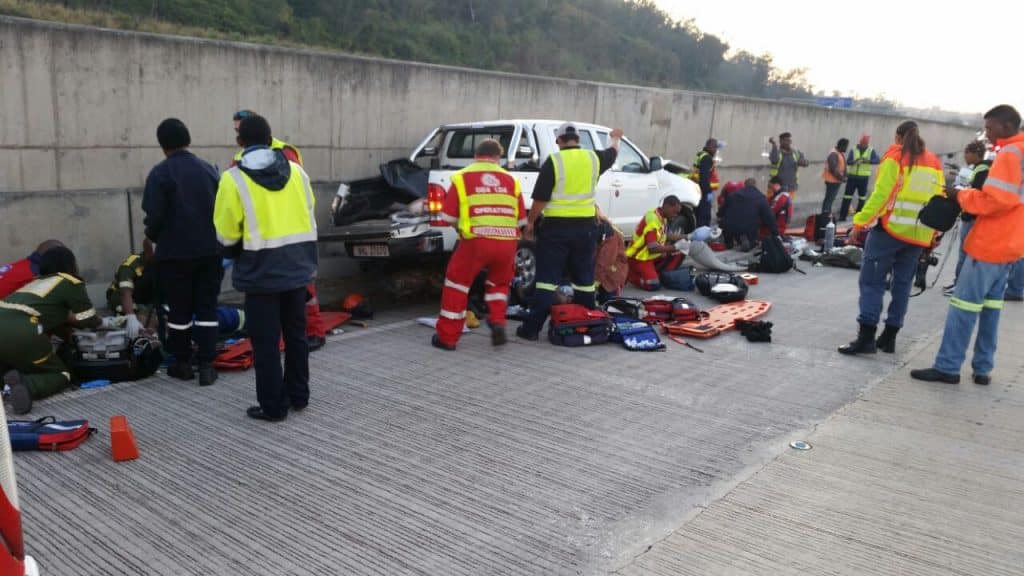 PETERMARITZBURG-Three man died and 3 others sustained moderate injuries when their bakkie rolled over several times in the early hours of Wednesday morning. It is believed that they were ejected when the vehicle rolled numerous times.

The N3 Durban bound freeway near commercial road was closed off to traffic so the emergency services could attend to the patients.

When the emergency services arrived they found 6 victims lying scattered all over the road with 3 critically injured and 3 with moderate injuries. They were all stabilised and taken to hospital but sadly all 3 critically injured patients that were treated on scene unfortunately succumbed to their injuries while in hospital.

Local authorities had to close off the highway to allow paramedics to safely treat and triage the patients on the scene.

My dad and I were standing in the front yard. Maybe that’s…

A war of words has erupted following a recent announcement by the…
Cape Town – Residents of Canary Street in Rocklands, Mitchells Plain woke…