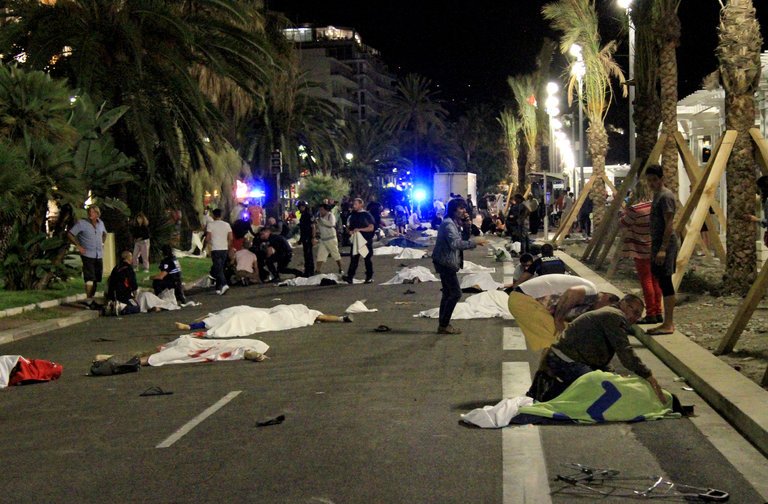 At least 84 people lost their lives after a truck plowed into pedestrians during Bastille Day celebrations in the popular French seaside city of Nice on Thursday.

In his address earlier this morning, Hollande pledged to step efforts to fight terror in Iraq and Syria while condemning the attack which also left several children dead.

“France is deeply saddened, but it is also very strong,” Hollande said. “I can assure you we will always be stronger than the fanatics who are trying to attack us.”

The driver of the truck was fatally shot by police after he slammed the truck into revelers gathered on a promenade to watch fireworks.

According to French media citing police sources, ID papers belonging to a French-Tunisian were found in the truck.

The truck struck the crowd at around 10:40 p.m. shortly after a fireworks display, officials and witnesses said.

The Ministry of Interior of France has said at least 18 people have also suffered critical injuries in the attack.

No group has so far claimed responsibility behind the incident which comes as France has been on edge since a series of coordinated terror attacks in Paris in November that left 130 people dead.