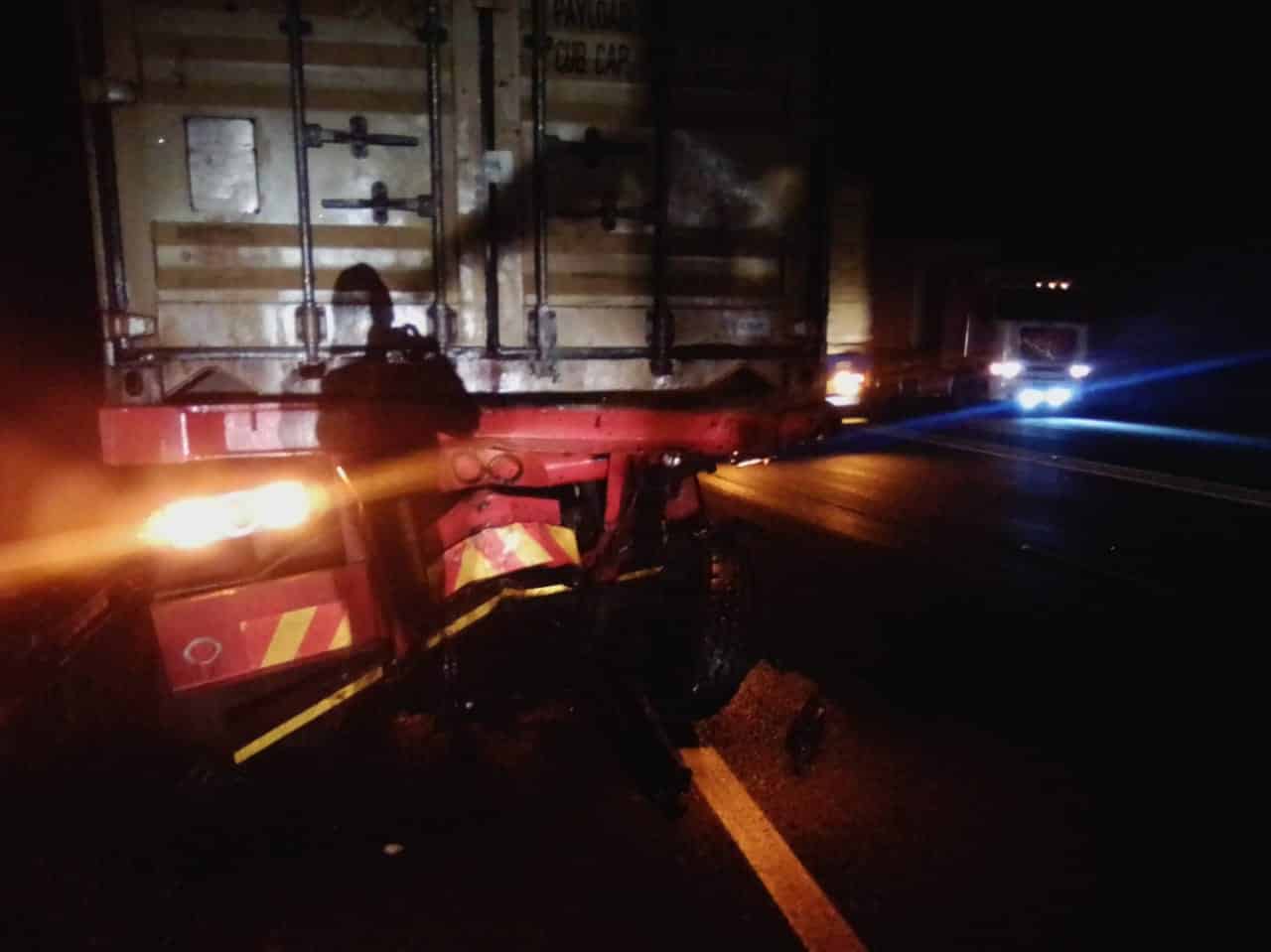 Free State – A truck driver has sadly lost his life after he lost control of his truck and collided into the back of another truck on N3 at Montrose last night.

Paramedics from ERMER-G-MED attended the scene just after midnight on Wednesday morning.

According to paramedics, the truck driver was trapped in his truck and nothing could be done to save his life.

On the same route and a few hours after another rear-end crash occurred just metres before Villiers Engen 1 Stop northbound.

SA Trucker shared a video of the accident scene showing the trucks reportedly as the drivers were trapped inside.