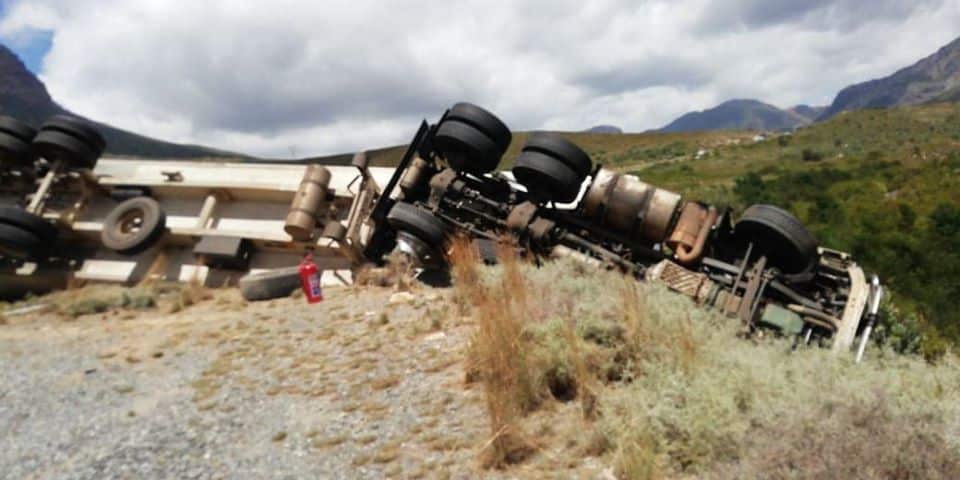 A truck driver died in an accident just before the Huguenot tunnel on N1 near Cape Town on Christmas eve.

His wife, who was travelling with him at the time, survived the crash with no injuries.

She told paramedics at the scene that he had suffered a stroke while driving leading to the accident.

One witness who was amongst the first to arrive on the scene said they pulled the wife from the wreck alive but the husband had already died.

She told the witness that she had decided to accompany her husband seeing that he was not well.

They had apparently planned to go to the hospital before they could proceed to their client but unfortunately they could not make it.

Western Cape traffic chief Kenny Africa said they were investigating the circumstances of the crash.

“We are investigating the unfortunate accident which is reported to have been as a result of medical condition,” said Africa.