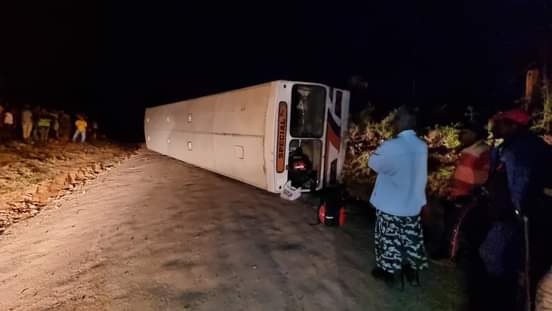 Two bus drivers from Injabulo Bus Company, who are also brothers, have been killed in two separate shootings just eight kilometres apart from each other in Ndwendwe, KwaZulu-Natal.

Reaction Unit South Africa (RUSA) reported that they received a call notifying them of a shooting at Seme in Ndwedwe around 18h19.

The caller stated that a bus driver had been shot and killed.

RUSA arrived at the scene to find that the driver of the bus had been shot and killed. A 35-year-old female passenger was also shot on her right leg.

Medics treated her injury before she was transported privately to a medical facility. The driver sustained multiple gunshot wounds to his head and body. He died at the scene.

RUSA was alerted of a second shooting scene about eight kilometres away. On arrival, they found a bus lying on its side.

Medics entered the bus through the front windscreen and assessed the driver who had been shot in the head.

He showed no signs of life and was declared deceased.

According to the conductor both men were brothers. He went on to explain that a man boarded the bus and without warning fired multiple shots at the driver.

He then exited the vehicle which continued to roll before it climbed an embankment and rolled.

Several passengers were injured when the vehicle overturned. They were transported privately to a medical facility prior to the arrival of First Responders.

The suspects are believed to have fled in a silver Toyota Etios. The registration plates were removed.

The owner of the same bus service was also gunned down in Tongaat in October.