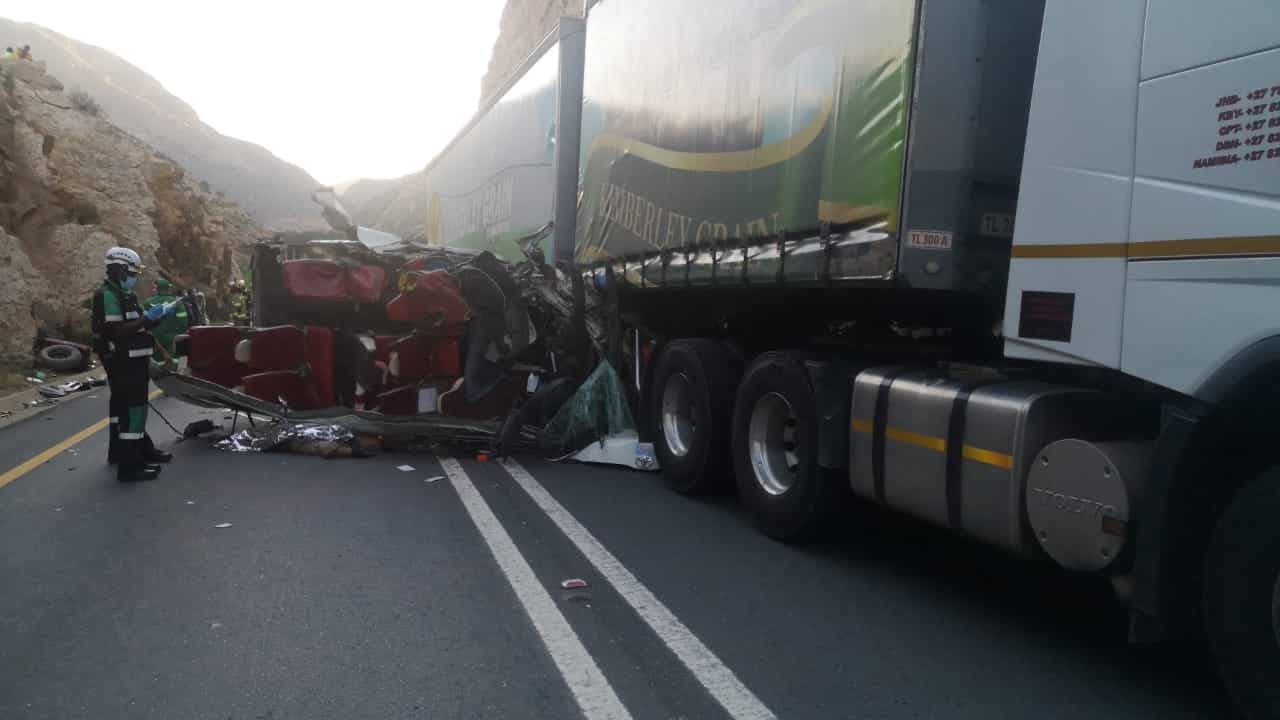 Four people died when a minibus taxi collided with a truck on the N1 near De Doorns from Worcester on Friday morning.

The truck, pulling a superlink tautliner trailer, was driving on the N1 towards Touwsriver when it collided with the minibus taxi coming from the opposite direction.

It’s alleged that the taxi attempted to overtake another truck then it crashed into the side of an oncoming truck.

The taxi was ripped into pieces on impact killing two people on the spot and injuring others.

“Two of the passengers died on the scene and was removed from the scene by Forensic Pathology Services Worcester. Twelve passengers of the taxi as well as the driver sustained multiple injuries and was transported to a nearby hospital for medical treatment. The driver of the truck was unharmed. Two other passengers, one male and one female, later died in Hospital. The taxi which was involved in the accident is a Toyota Quantum,” said Van Wyk.

A man in his seventies and a woman in her mid-thirties died on the scene while 12 others were injured.

“We can confirm that there are now a total of four deceased patients and one patient who is in critical condition at Tygerberg Hospital. The patients sustained injuries when a taxi allegedly overtook a truck that was in the same lane. Unfortunately, the taxi drove into the side of the truck whilst attempting to get back into the left lane,” EMS spokesperson, Deanna February said.

They extended their condolences to the family of the deceased.

Harare – Several people are feared dead after a truck and a…

R526 Mica turns off towards Gravelotte is closed due to an accident.…