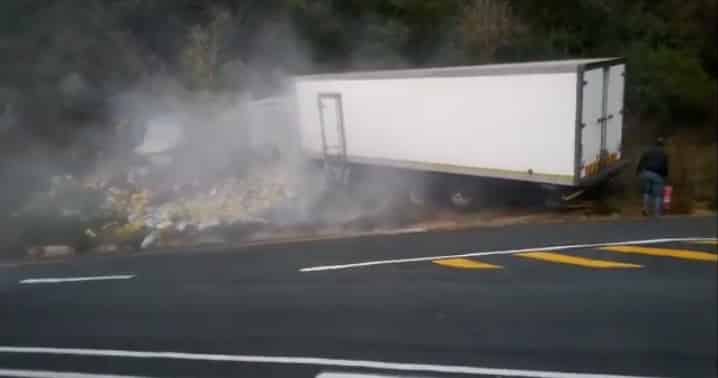 A truck driver and his crew were seriously injured when their truck crashed on the infamous Sambaba hill near Kranskop in KwaZulu-Natal on Saturday morning.

The accident happened on the same place were four people died after a crash involving two trucks and several cars just a week ago.

“Tragically four people have sustained fatal injuries from the crash. Paramedics from KZN emergency services together with their colleagues from private ambulance services treated six patients at the scene of the crash,” said KwaZulu-Natal emergency services spokesperson Robert Mckenzie at the time.

It is believed that some of the deceased and injured people were locals who were busy looting one of the trucks that was transporting food.

In the recent crash, the community helped themselves to the

Durban – There was a massive traffic backlog on N3 at Van…