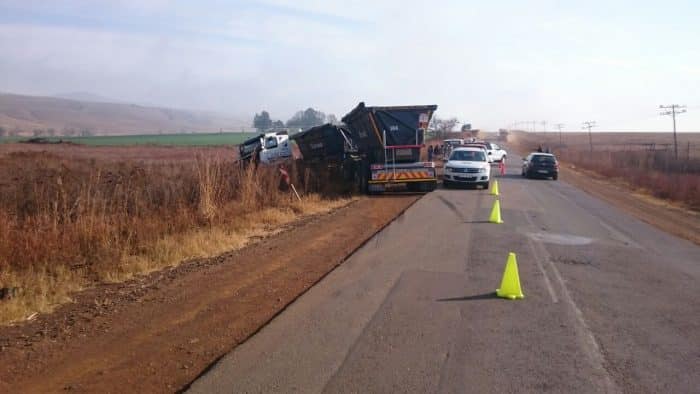 A middle-aged woman has died after a bakkie collided with a truck on the R36 in Lydenburg, Mpumalanga. The accident happened around 08h00 on this morning 16/08/2016.

The two vehicles collided head on causing fatal injuries to the woman. The exact detail to the cause of the accident will remain a subject for police investigation and comment.

Netcare911 paramedics attended the scene and declared the woman who was driving the bakkie, dead on the scene.

The Beitbridge border post has been closed amid imports restriction protests. In…