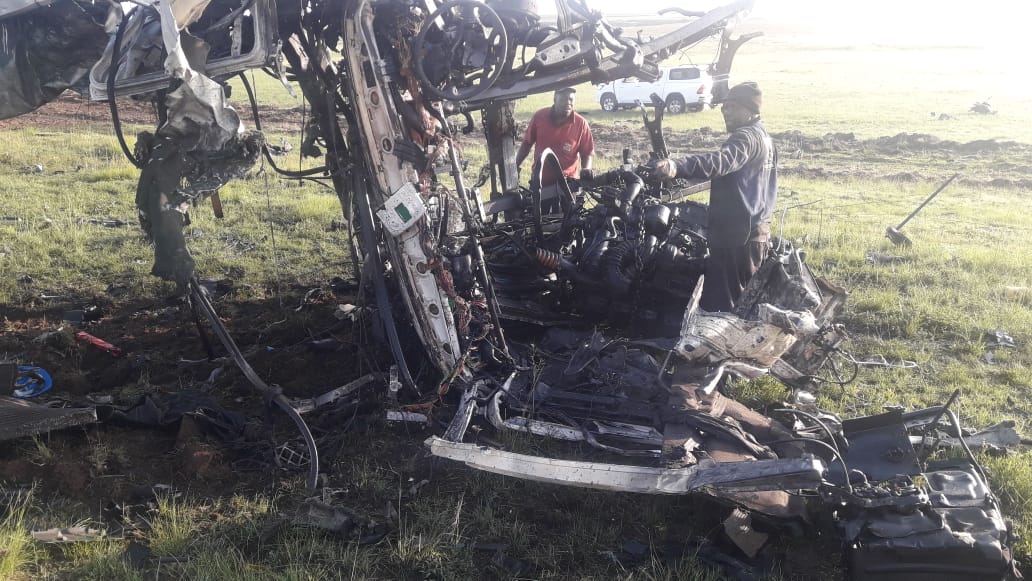 The R50 truck explosion could easily have been fatal had it not been for the quick action of the truck driver who warned all the motorists around to flee with their lives.

It is understood that the truck driver noticed flames on the trailer whilst he was driving. He immediately stopped the truck, exited his vehicle, and rushed to warn other motorists of the impending danger.

A coal truck driver at the scene that survived the explosion said that he jumped out of his truck and ran far away from the burning truck after he got the warning.

“I owe my life to this man, he did not just run to safety, but he warned other motorists to do the same, that’s why I was not injured,” said the coal trucker.

“Together with other motorists, we ran as fast as we could. To tell you the truth, I did not see the explosion part as I was busy running”

“When the truck exploded it shook the ground even causing me to fall as I was running,” added the coal truck driver.

Vehicles that were nearer to the truck had their windscreens damaged by the debris from the truck parts which were strewn across the area.

Truck driver in R50 truck explosion hailed hero for avoiding injuries to others. More pics of the damagehttps://t.co/HiqC4U3vY3 pic.twitter.com/NwLgXMEu8g

A crater a few meters deep and wider than the road surface was created by the force of the explosion.

The truck was completely destroyed.

ER24 paramedics assessed the motorists and truck driver on the scene and found that no-one sustained any injuries, although some were visibly shaken.