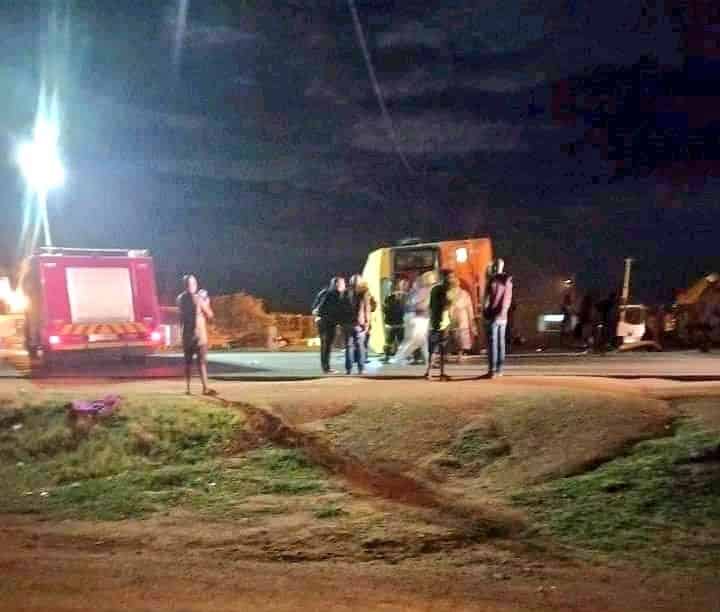 Two people have been killed in a collision between a Putco bus and a truck on R573 Moloto Road this Friday morning.

A passenger from the bus and a pedestrian are among the deceased.

It’s alleged that the bus collided with the truck while trying to avoid a pedestrian. The driver lost control of the bus and it fell on its side.