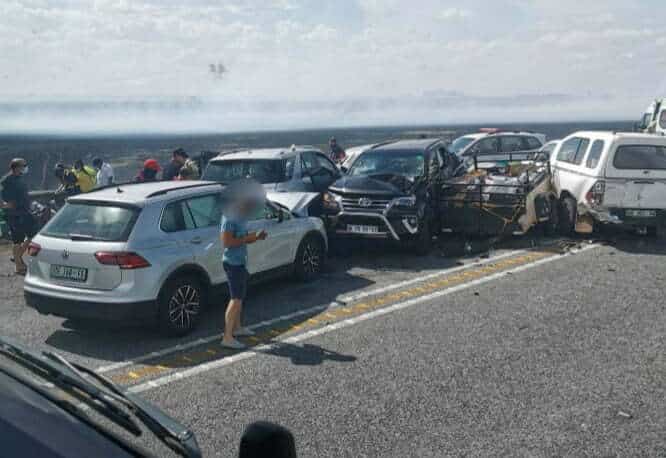 Pics: One Dead In N1 Pile-up Crash Between Kroonvaal And Koppies

One person was killed when multiple vehicles collided on the N1 road near Kroonvaal Toll Plaza outside Bloemfontein in the Free State.

According to the provincial Emergency Medical Services (EMS) spokesperson, Sipho Towa, one person was airlifted to a nearby hospital for urgent medical attention, while nine others were transported to various nearby hospitals.

Towa says according to information at their disposal, it’s alleged that dense smoke from a veldfire in that area might have caused the accident which led to the road closure.

According to Towa, the deceased died on the scene following the accident.

The N1 was closed for a while emergency personnel attended to the injured.