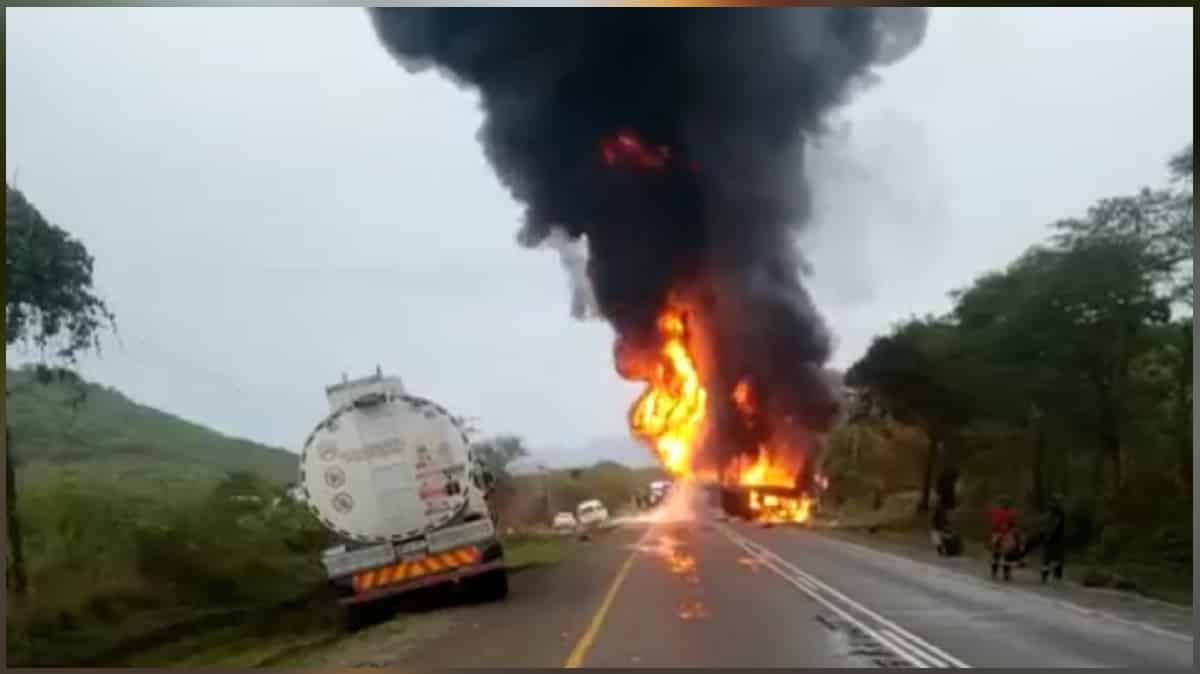 Dozens of people are feared dead following a fiery crash between a fuel tanker and a bus in Zimbabwe.

The accident happened just before Mutare on the busy Harare-Mutare highway.

Preliminary reports suggest that a petrol laden tanker and a bus fully loaded of passengers collided and caught fire.

According to reports, only a few people were able escape the burning bus.

Watch videos of the burning bus and tanker below: